Burma-road.com is all about the old Burma Road and travelling in western Yunnan.

Burma-road.com is all about the old Burma Road and travelling in western Yunnan.

The old Burma Road is a public road and anybody can travel it inside China. However to find the most interesting parts and sites it takes a specialist guide. Burma-Road.com offers this service.

On the stretch inside Myanmar there are however many restrictions that make it for now largely off limits for international travellers. We can just now not help you in travelling this part of the road. 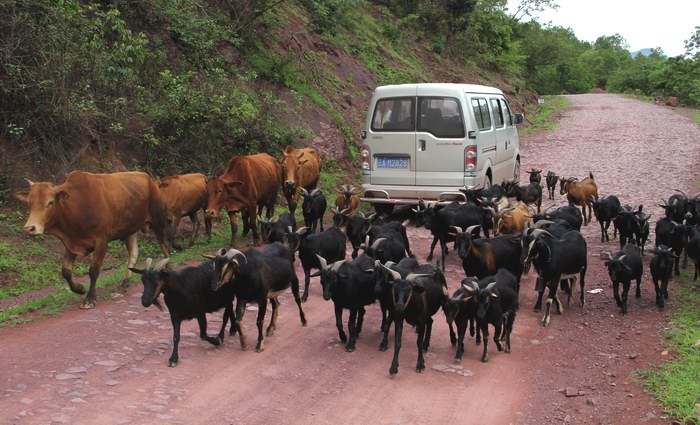 The old Burma Road goes through some rather remote areas but one is not always travelling alone.

The old Burma Road goes through some rather remote areas but one is not always travelling alone.
Return to top of page 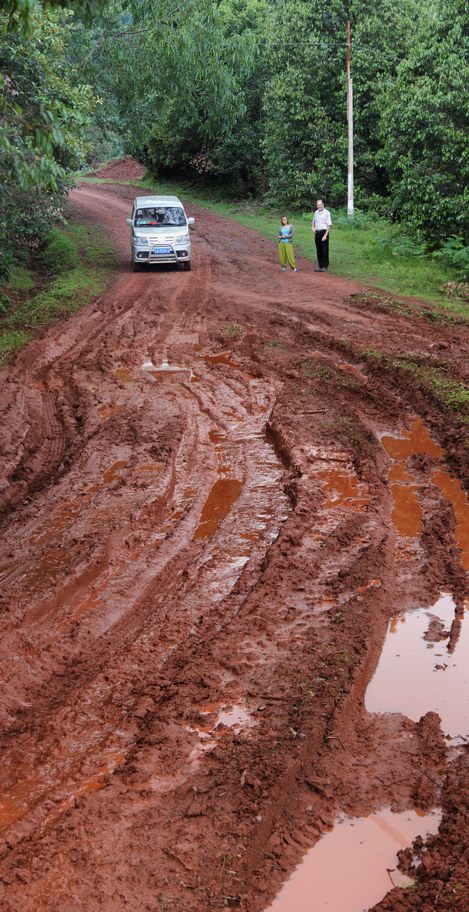 Especially during the rainy season the road can be impassable.

Nowadays large stretches of the Burma Road have been incorporated in newer road systems and large parts of the road are now the national road G320. Original stretches do however still exist but it requires detailed knowledge of the old road to find them. Parts of the road have been lost as well due to the construction of reservoirs. The Gongguo Bridge for instance disappeared under water. A part of the bridge however has been preserved as a monument and has been relocated to a site well above the high water mark of the reservoir.

Parts of the original old Burma Road don't have an all weather surface and certain stretches are hard or impossible to travel during the rainy season. (See photo on the left.) (See photo above.)

A lot has changed in China in the last decade and now even some sections of the old road are preserved and monuments have been placed at various places along the road.

The first time I travelled part of the old Burma Road was in 2001 and I didn't even know it was the old historic road. In 2007 I crossed the "New Gongguo Bridge", the old suspension bridge spanning the Lancanjiang (Mekong) without realising what a vital role this bridge had played during the war in western Yunnan.

Since then I have settled down in Yunnan and started studying the history of this fascinating province in China and realised that "the Burma Road", which I knew from history studies had to be right under my feet but where was it? The old Burma Road is not indicated as such.

By studying old maps I found where it had to be and over the years I found most of it back by travelling the old road by bicycle, by motor bike and by car. By doing so I came in contact with people on the road and with people interested in the road. This gave further information and let to wider understanding about what role this road played in history and in the personal life of people who travelled it.

Since I have guided several tours on the road with people interested in the road and more information came from them; See for instance the story of Grace Liddle Cox.

Not only did we add information and clarification that were used in a book about her life but we contributed to other books and TV documentaries. The book about Grace Liddle Cox forms now as well an inspiration for a guided tour we do along the road.